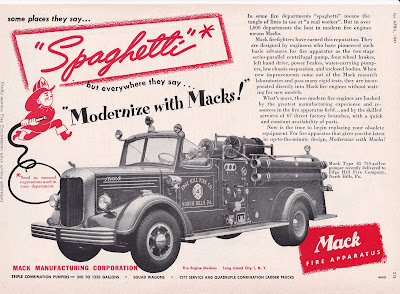 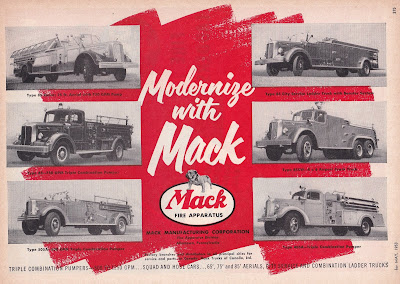 One of the more challenging subjects to be labeled as modern is food.

So far, the only examples we found refer to the modern packaging used for the product or the modern factory where it's made.

Pillsbury in 1930 goes one step further and talks about their "modern pancakes".

Earlier in the text the ad stresses the importance of  'good health, good digestion', hence a pancake that is easy to digest must be good for you. Pepsi Cola uses a similar strategy in their series of ads from the 1950's where Pepsi is praised as a "modern, light refreshment". More about this in another blogpost.

A first inventory of products that are labeled 'modern'

Although our corpus is still very small (see the second last post), we can already see a pattern emerging. A quick tally shows the following results (in no particular order)


As you can see, most products occur only once or twice, and often it is not the product that is labeled 'modern', but the packaging (cellophane) or the potential buyers ("modern people buy beer").

Cars and fashion are the top runners,  followed by small household items such as cookware, flatware etc.

Our source material may have been slightly biased towards cars, but not enough to explain the 76 - 61 ratio of cars versus all other products.

Obvious categories that are completely missing are insurance, banking, telecommunications, computers(!) - apparently there's no such thing as a "modern computer" :-)

Food and beverages are a difficult category, because how can you label a food as "modern"?

When I started collecting, I used very broad categories to store my collection:

If we add the numbers first list by these groups, we get the following results:

We will examine the ads more closely to try and find an explanation for the higher number in group 5 (In and around the house) - I'm guessing it has something to do with products that are very visible to the people that use them and the people we entertain in our homes. After all, what's the use of being modern if other people can't tell that we are?

How do you work the word modern into advertising for a product with the name "Old Dutch Cleanser"?

The answer is simple, and very clever indeed: by not concentrating on the product - something cannot be both old and modern at the same time, but by focusing on the packaging instead:

Or, like they did the year before, by focusing on the buyer:


A very clever bit of advertising ...

One of the first things to tackle in this project [1] was finding suitable source material, which meant finding one or more large enough collections to ensure that what we found was not (or at least not terribly) biased towards one result or another.

My own collection (approx. 100-150.000 ads) provides a rich starting point, but is slightly biased. I've collected ads that I found to be unusual, beautiful or interesting either from a marketing or from a historic/documentary point of view, which means that there are MILLIONS of ads that I have seen, but not kept. Among those there could have been many that contained the word "modern".

Using Google to search the internet has the same problems as an ordinary Google search - the search algorithm will show you the sites with the highest ranking, not necessarily the best sites. However, if you know what you're looking for, a Google search is a wonderful tool to find extra examples, illustrations etc.

I decided to start by looking at what I found during my regular work as dealer; every new pile of magazines purchased is basically "new raw material", so while harvesting and sorting the ads I put everything relating to "modern" aside, even the ads that I did not find collectable or commercially valuable. This ensured a fairly random random first search which I hoped would provide us with enough material for more specific searches later on in the project.

After I while I had found 109 different ads (and the number keeps growing weekly, sometimes daily). The sample is to small to be statistically reliable, but gives a good first impression.

As first attempt at classification we put them in chronological order and counted the occurrences per decade. Below is a graph showing the results.

The sudden decline in the 1940s is most likely due to the Second World War and its aftermath, during which period society had other things on its mind than being modern.

In another post we'll go into the different products/product groups that were advertised as modern.

Not only is the cigarette brand presented as modern, it's a "modern American" cigarette. Stressing the fact that this is an imported cigarette is quite unusual in the 1930s in the Netherlands as only a few years earlier (1933) a government funded campaign was launched to promote buying Dutch products.

More about the connection between jazz and smoking later, for now I just want to share the picture, which I think is quite striking in it's use of colour.

P.S. I cannot find any information about this particular brand - any and all information is welcome.


The headline under the drawing of the car speaks for itself :-)

The emphasis is on technical improvements: a new suspension system, new transmission, smaller wheels with bigger - and low-pressure - tires. Luckily there are also "exquisite new appointments and interior conveniences [that] will delight a lady's heart".

This ad supports our preliminary findings that there is a peak in the occurrence of the word 'modern' in the 1930s and 1950s. But we will have to do more research to substantiate that claim and will get back to that later this year.

We found a Dutch Lucky Strike ad from 1932, in which the use of "modern Ultra Violet Rays" in the toasting process was specifically mentioned (the highlighting of the word in the picture below is done by me) and the words "Ultra Violette Stralen" were given a very prominent place in the text, thereby focusing on the modern scientific nature of the process.

Another 'unique selling point' for this ad is explained in the heading "Versch uit Amerika", which translates to "Fresh from America". In Dutch too, "vers" (versch is old spelling) has the double meaning of "not stale" and "new".

Interestingly, in the American version(s) of the ad campaign, the word modern does NOT appear, instead, the focus is on the analogy with the sun:

"Everyone knows that sunshine mellows, that's why the 'TOASTING' process includes the use of the Ultra Violet Rays"


As we've found in our research, the word "modern" in advertisements can mean many things.

What makes the new Ford V-8 for 1934 "Distinctly Modern"? According to the text, its beauty, comfort, speed, economy and safety: it "leads the line in design" (beauty), has an "exceptionally smooth performance" (comfort), has "quicker acceleration" (speed), has "more miles per gallon" (economy), and offers "Great security in driving because of the all-steel body and safety glass" (safety).

When Henry Luce founded Fortune, he envisioned a magazine that was targeted at "wealthy and influential people". Its "Purpose" (Luce capitalized the word) was: "To reflect Industrial Life in ink and paper and word and picture, as the finest skyscraper reflects it in stone and steel and architectural design" (letter to advertisers by Luce, included in vol. 1, no. 0 of Fortune, September 1929). The Ford ad, with its sleek car, elegantly dressed woman, and confidence-inspiring text, seems to fit the mission of the magazine and Luce's (modern) industrial vision perfectly.
Gepost door Saskia Bultman op 12:14 Geen opmerkingen:

This Miner's cosmetics ad from 1957 we found taps into "modern" English youth culture to advertise its products.

The brand presents itself as with-it through making lots of references to music: Miner's "top-ten" cosmetics offer a "hit parade" of beauty products, you'll be "right on the beat" (a reference to 1950s beat music) with their "beauty aids", and Miner's Super-Stay lipstick is a "top hit" that is available in "pop colours".

According to the text, Miner's is "as modern as tomorrow's mood". Buy it, the ad suggests, and you'll be dancing and flirting at the dance hall, dressed in "your style, your colours" - like a truly modern girl.
Gepost door Saskia Bultman op 12:09 Geen opmerkingen:

The way to Modern Living

The next couple of months we will be posting blogs about a new project that my daughter Saskia and I have started this year.

For a long time we had been wanting to do something together involving advertising and in 2018 we sent in our application to the Ephemera Society of America (ESA) for the Philip Jones Fellowship for the Study of Ephemera.

Our idea was to investigate the use of the word 'Modern' in advertising. Some of the questions we wanted to answer were:


We were very happy to receive the news earlier this year that we had won the competition and enthusiastically started searching for examples, using my own collection of advertisements as a starting point.

The project will result in a digital paper, to be published online in early 2020. Naturally, it will be profusely illustrated.

In this blog we will post a series of three short essays with the results of our research, interspersed with shorter entries containing scans of interesting ads.

Keep following this page for updates !

For more information on the ESA and the Philip Jones Fellowship, please refer to the links above; the ESA also has a Facebook page.
Gepost door SROK Ads op 09:12 Geen opmerkingen: